Florida law has a rear-end presumption that might allow you to recover more in damages for this type of crash when liability is clearly established. If another person runs into the rear of your car while you are stopped for a traffic light or at an intersection, there the law presumes that you are entitled to recover unless the defendant has an explanation that overcomes that presumption.

Whether the other driver was following too closely or whether the car in front of you stopped in the roadway for no reason, we can investigate the circumstances of your case to help maximize the money damages you receive in the case.

Attorney in Tampa for Rear-End Collisions

Michael Germain represents both front end drivers and rear end driver’s in such a crash. If you were hit by a negligent driver in a rear-end crash, then contact an experienced personal injury attorney for car accidents in Tampa and Hillsborough County to find out how much your case might be worth.

Michael Germaine also represents clients in the surrounding areas in Tampa Bay including at the courthouse in Brooksville in Hernando County, in New Port Richey and Dade City in Pasco County, in Clearwater and St. Petersburg in Pinellas County, and in Bradenton in Manatee County, Florida.

Top Five Locations to be Rear Ended in Tampa, FL

Within Tampa, FL, the top five locations where you are most likely to be rear-ended during a motor vehicle crash include:

Other statistics for rear-end car accidents in Tampa show that the most common time to get in a crash is during rush hour traffic on Friday. Younger drivers between the age of 20 to 24 are the most likely to cause a rear-end car wreck.

In Bellere v. Madsen, 114 So. 2d 619, 621 (Fla. 1959), a case decided when recovery from a negligence action under Florida law was limited by the rule of contributory negligence, the Court explained:

It has also been held, and we agree, that where a defendant runs into the rear of plaintiff’s car while plaintiff is stopped for a traffic light or at an intersection, there is a presumption of negligence of the defendant on which the plaintiff would be entitled to recover in the absence of an explanation by the defendant.

In Gulle v. Boggs, 174 So. 2d 26, 28 (Fla. 1965), the court explained that the rear-end presumption is a vanishing presumption “constructed by the law to give particular effect to a certain group of facts in the absence of further evidence.” The courts in Florida have found that the fact that is presumed upon the occurrence of a rear-end collision is that the rear driver’s negligence was the sole proximate cause of a rear-end collision.

Despite this presumption, the courts in Florida have consistently held that the presumption of negligence imposed on the rear driver in a rear-end collision case is a rebuttable presumption, one that vanishes and loses its legal effect where evidence is produced from which a jury could conclude that the real fact is not as presumed.

For example, in Gulle v. Boggs, 174 So. 2d at 28-29, the court explained that the rear-end presumption “disappear[s]” when facts appear, and “facts are deemed to appear” when evidence is produced from which such facts “may be found.” Where a set of facts is produced that “fairly and reasonably tends to show” that the presumption is misplaced or that the “real fact is not as presumed,” the presumption is rebutted and all issues of disputed fact regarding negligence and causation should be submitted to the jury to make a finding of fault without the aid of the presumption. See Eppler v. Tarmac America, Inc., 752 So. 2d 592, 595-96 (Fla. 2000).

The courts in Florida have never held that the rear-end presumption bars a claim for damages of a rear driver or others in the rearward zone of danger where there is evidence from which a jury could conclude that the front driver defendant was negligent and comparatively at fault in causing the collision.

In other states, it is more likely for negligence claims arising from rear-end motor vehicle collisions to be uniquely governed by a de facto rule of contributory negligence, in derogation of the principles of comparative negligence otherwise required by Florida law.

Failure to Maintain a Proper Lookout / Following Too Closely

Florida law effectively requires all drivers to push ahead of themselves an imaginary clear stopping distance or assured stopping space or adequate zone within which the driven vehicle can come to a stop. Failure to maintain such a zone (often called following too closely) is normally the sole proximate cause of injuries and damages resulting from the collision of a vehicle with an object ahead.

The rear-end presumption has never been recognized as anything more than an evidentiary tool that facilitates a particular type of negligence case by filling an evidentiary void where the evidence is such that there is no relevant jury question on the issue of liability and causation.

Under Florida law, negligence claims, including those arising from rear-end motor vehicle collisions, are governed by the principles of comparative fault prescribed by statute.

The rear-end presumption is an evidentiary tool to facilitate a particular type of negligence case where there is an absence of a jury question on the issue of comparative fault. In other words, it is not an alternate means of tort recovery in derogation of Florida’s well-established system of recovery based on comparative negligence. 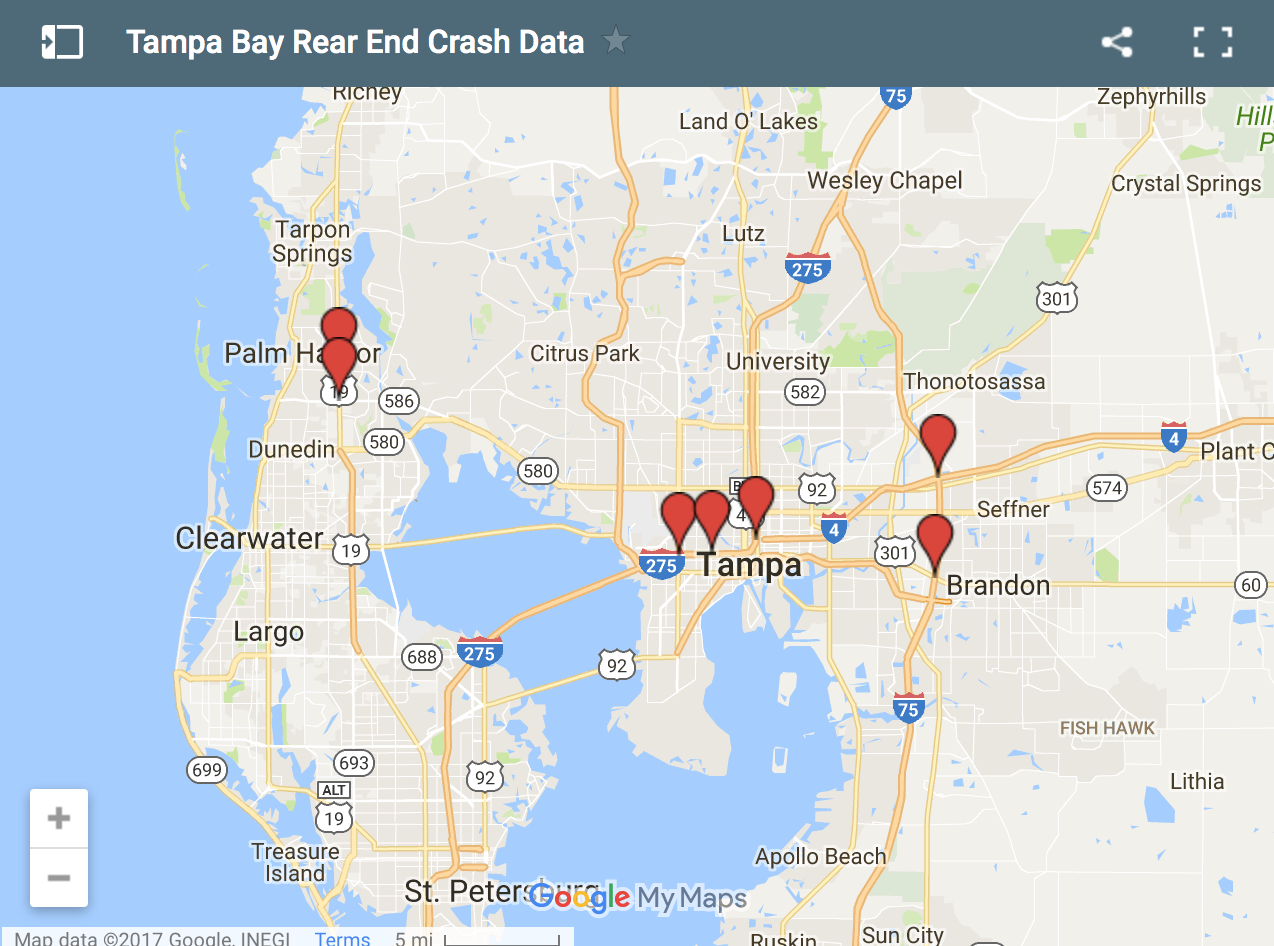 Finding an Attorney for a Rear End Collision in Tampa

If you need a personal injury attorney after a car accident, then contact Germain Law Group, P.A.. Michael Germain represents those injured by the negligence of another after a crash involving following too closely, going the wrong way down a one-way street, speeding or not obeying a traffic signal, or driving without any headlights after dark.

After a crash resulting in serious injury, contact an attorney experienced in maximizing the award in a case involving a rear-end collision. Call (813) 835-8888 today to speak to an experienced car accident attorney in Tampa, FL.